News just in from our client, Advanced Pain Medical Center Here’s How Medical Marijuana Can Help in Glaucoma Management

There has been increasing interest over the use of marijuana to treat glaucoma as more states consider the legalization of cannabis. In fact, according to the book Marijuana as Medicine, glaucoma is often the most cited medical reason for medical marijuana use.

Our medical marijuana doctor in Gainesville said that marijuana as an alternative glaucoma treatment has been used since the 1970s when experts learned that the substance could help reduce pressure around the optic nerves. Marijuana also minimizes the symptoms associated with glaucomas, such as eye pain, headaches, nausea, and vomiting, according to the American Academy of Ophthalmology.

Effects of Marijuana on Glaucoma

Glaucoma happens when there is a build-up of fluids to the front of the eye that puts pressure on the optic nerves. The higher the intraocular pressure (IOP), or the pressure inside the eye, the more the eye becomes damaged and eventually affects the patient’s vision.

Unfortunately, glaucoma is not curable once it begins to develop. However, if caught early, then preventive medication may be administered to delay its progression.

As discovered by experts from the ’70s, marijuana’s THC (tetrahydrocannabinol) concentration apparently helps reduce this build-up around the eyes. In the past, the only way to control IOP was through prescription eye drops, laser trabeculoplasty, or surgery, which could get quite expensive and require a longer recovery time. 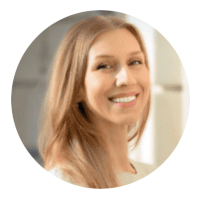 Client Relations Manager
Free of charge. No obligations. Learn more about how we can help grow your practice.
Schedule my 15-minute call NOW